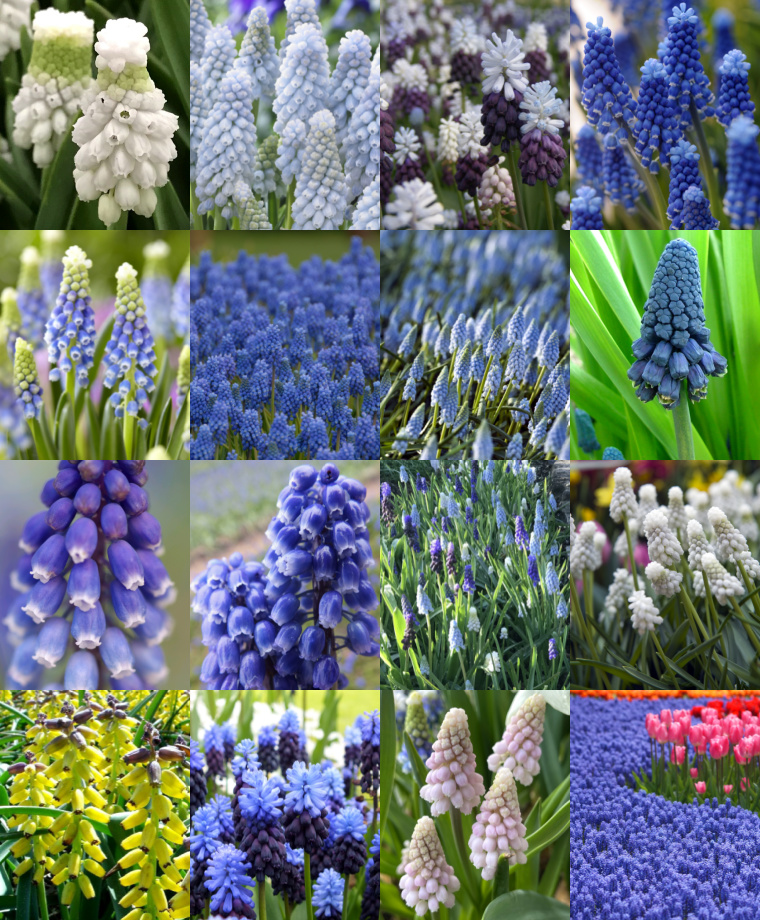 There’s no end to the creative ways in which one may use the many forms of Muscari. It’s fun to blend white and blue Muscari together into a little mixture, or to combine Muscari with other bulbs like Narcissus Tête à Tête or a contrasting color of Anemone blanda. You could also make some of the Keukenhof's design ideas your own: plant a river of Narcissus Thalia flanked with thick ribbons of Muscari armeniacum, or a meandering carpet of our Magic Carpet Tulip Mixture edged by thick borders of Muscari. Winding masses of Muscari can connect spring beds. Muscari is also a terrific underplanting for naturalizing Narcissi.

Muscari is one of the few varieties of flower bulbs that sends up an extra round of foliage in the fall. It’s natural, you needn’t worry or do anything with it or to it. Just ignore it. If you’re going to mulch, do not apply more than a 2" layer of mulch over Muscari until after the surface of the ground freezes. If you want to avoid this phenomenon, select either Muscari macrocarpum Golden Fragrance or Muscari paradoxum, each of which is a descendant of Bellevalia.